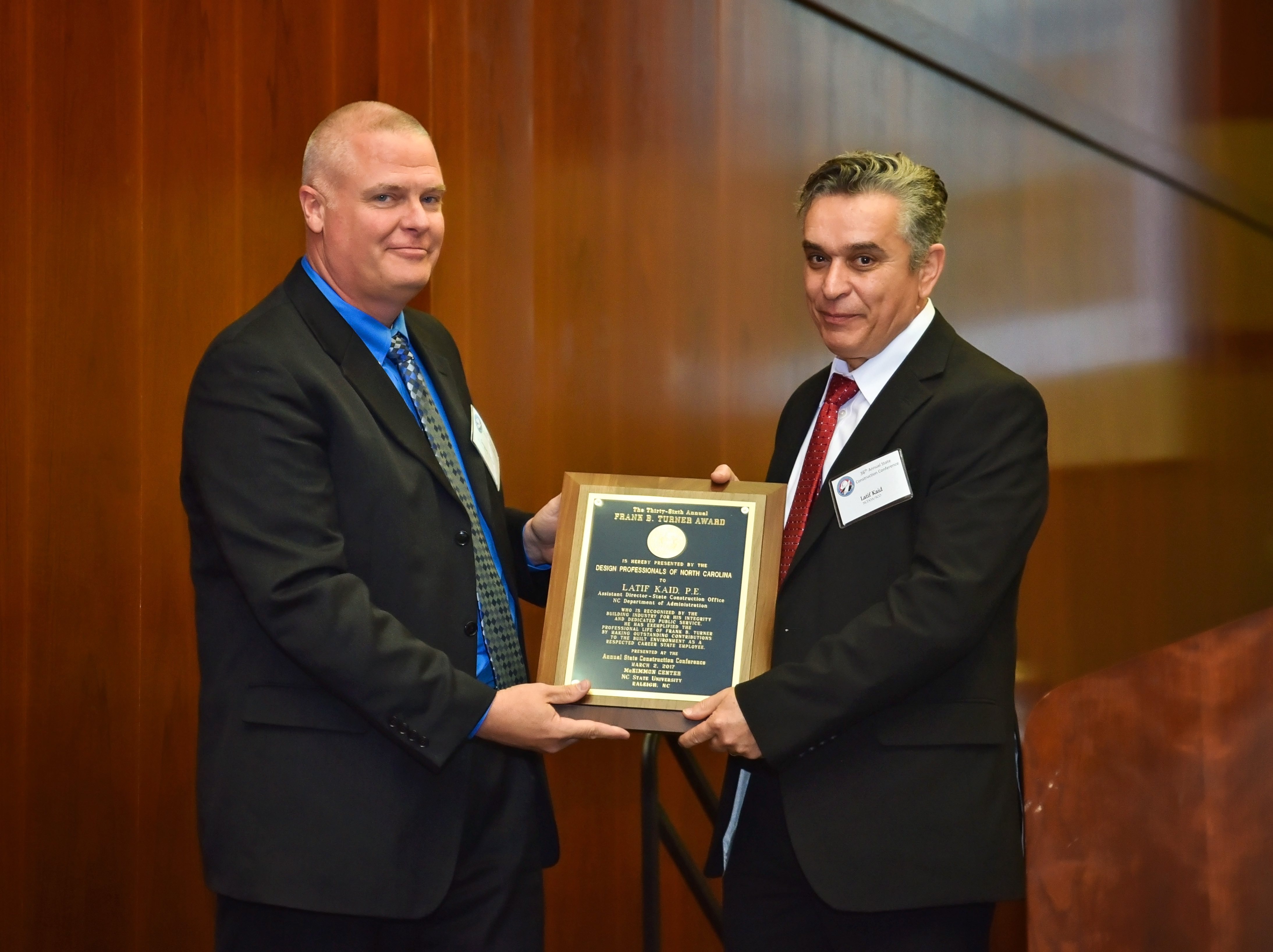 Frank B. Turner was born in Oxford, NC on April 23, 1904. He earned his BS and MS in Mechanical Engineering from NCSU. A life-long civil servant, he also worked at the Newport News Shipyard, taught engineering at NC State College, was superintendent of the UNC Power Plant, assistant superintendent for the Moncure Power Plant, combustion engineer for CP&L’s operations, and contributed to the WWI effort by teaching aeronautical engineering to Navy pilot trainees at NC State College.

In North Carolina State Government, Mr. Turner held a position at the NC Budget Bureau and worked at a variety of positions before retiring as Director of the Property Control and Construction Division of the Department of Administration. He was the President of the Bank of Manteo, served on the Board of Directors and was Senior Vice President of Planter’s Bank. He served as the President of the Professional Engineers of North Carolina, the Raleigh Engineers’ Club and the NC State College Alumni Association. He was on the Board of Stewards and Chairman of the Building Committee for Hayes Barton Methodist Church, and was very active in numerous other civic organizations.

On March 23, 1983, during the second State Construction Conference, the Frank B. Turner Award was established. Given yearly in his honor at the State Construction Conference, it recognizes a state government career employee for his or her dedicated public service and for setting an example as a professional working with the built environment. Frank Brown Turner died July 8, 2000, at age 96.